> LORD OF THE RINGS>Minas Tirith Environment 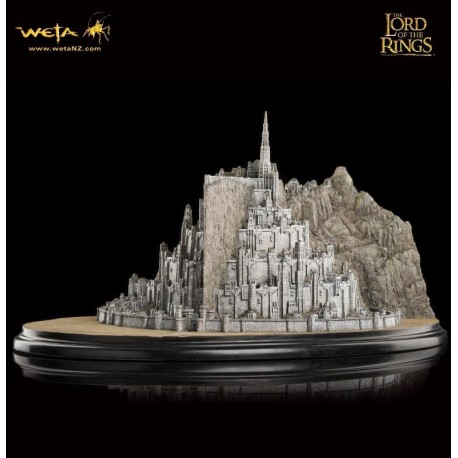 The greatest city of Gondor, the citadel of Minas Tirith is a towering, fortified community built into the side of the White Mountains.

Minas Tirith has seven levels, divided by concentric walls and crowned by the Tower of Ecthelion and the Court of the Fountain, where grows the White Tree of Gondor. Bisecting the city, a great rock abutment sprouts from the mountainside like the prow of a ship.

When war comes to Gondor, Minas Tirith is besieged by the forces of Mordor to the East. Riding to the defense of the city from Rohan and beyond, the free peoples of Middle-earth mount their last stand against the Dark Lord's overwhelming forces at Minas Tirith.