> LORD OF THE RINGS>Saruman the White at Dol Guldur 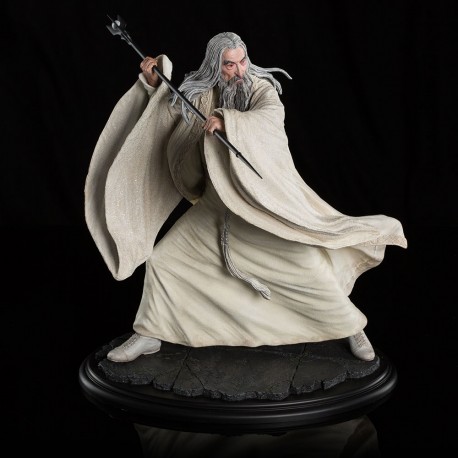 Saruman the White at Dol Guldur

SARUMAN THE WHITE AT DOL GULDUR

First among the Order of the Istari, the Wizards sent to Middle-earth to rally its peoples against the threat of Sauron’s return, Saruman the White was a being of great intelligence, learning and power, but also of pride.

He was sceptical of his fellow Wizards’ assertions that the darkness growing in the ancient fortress of Dol Guldur was anything that should concern them.

Nevertheless, as a member of the White Council, he joined Lord Elrond and Lady Galadriel when they went to Dol Guldur after Gandalf the Grey, held prisoner there. Wielding his staff against the nine resurrected Nazgûl, Saruman fought with all of his considerable might, but was surprised and humbled to discover Gandalf’s captor was indeed Sauron. In the wake of the Dark Lord’s flight before them, Saruman promised his fellow council members that he would deal with Sauron.