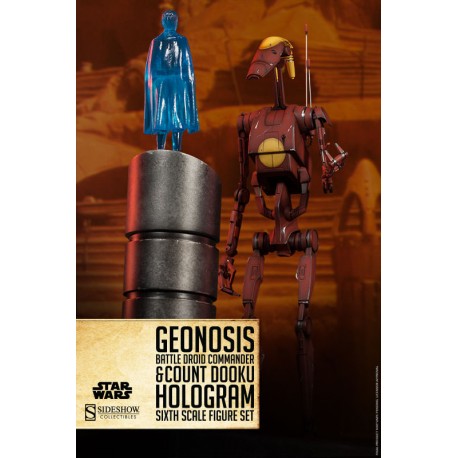 As the Geonosis arena explodes into a battle that will launch the Clone Wars, get ready to lead your droids into combat with the Sideshow Collectibles Geonosis Battle Droid Commander Sixth Scale Figure Set. Hand-crafted with the rust-colored paint scheme unique to Geonosis, yellow markings designate the droid Commander’s elevated status and purportedly advanced programming. Included in the set is a light-up communication podium with swap out displays, where Count Dooku can send orders to the Separatists via holographic transmission.

What's in the Box?