> THE HOBBIT>The Hobbit: The Desolation of Smaug™ The House of Beorn 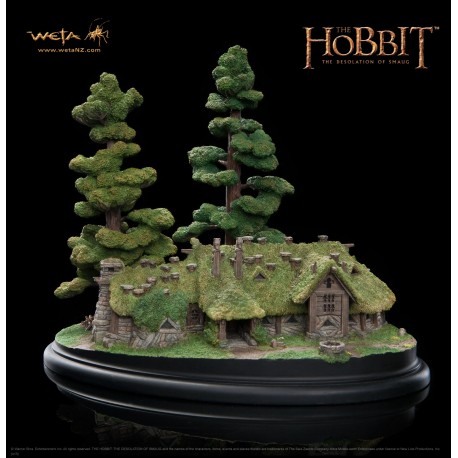 The Hobbit: The Desolation of Smaug™ The House of Beorn

THE HOUSE OF BEORN

Between the River Anduin and the western eaves of Mirkwood lie the fertile lands of the mighty skin-changer, Beorn.

Serving none but himself, Beorn has built a sanctuary that he shares with a host of animals in the lush Anduin Vales. A giant by the standards of men, he has constructed his home to suit his stature and lifestyle, with carved furniture that dwarfs even the Wizard Gandalf and makes children of Thorin and his companions when they shelter beneath his roof.

Beorn's sturdy home of stacked stone and intricately carved wood nestles amid evergreen trees with wide views across the pastures on which his animal companions graze. By no means property, these creatures are his friends and share his home, fully half of which is an open stable.

Outside, giant vegetables, over-sized like their master, grow in gardens visited by huge bumblebees from hives dotting the skin-changer's thatch roof. Beorn tends his lands and charges with the love of a gardener and defends his borders with a wild and savage jealousy. Few dare trespass in his lands, where they might meet either man or bear, one only slightly less hospitable than the other, as his mood takes him.